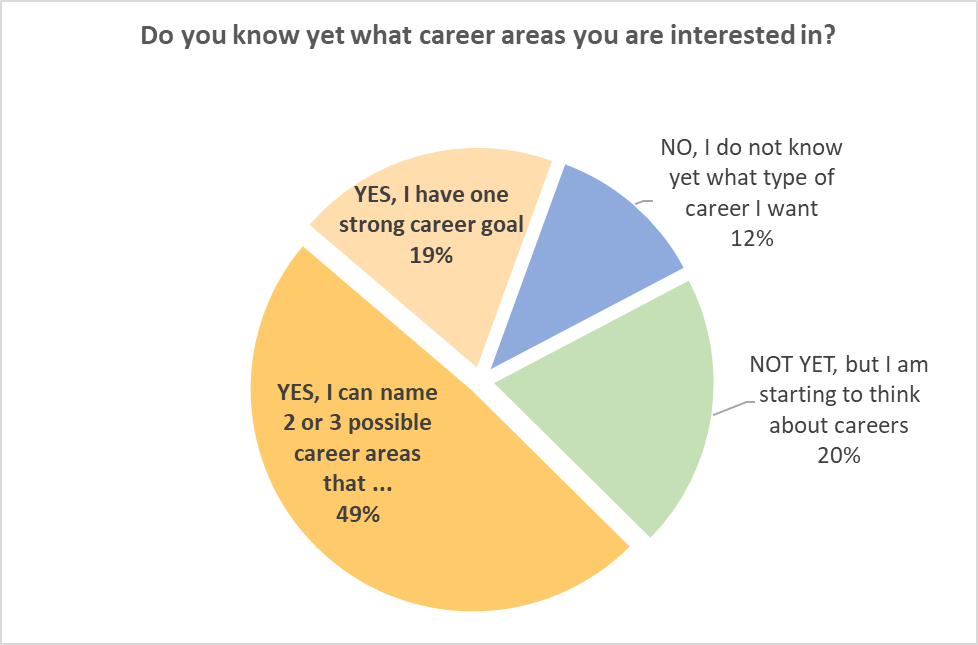 The career interests shared by respondents in the First Career Steps survey reflect a wide range of interests, reflecting awareness of the needs of the local community blended with academic and personal interests. Most-common choices include some well-known career options such as teaching, engineering and medicine. Other common choices reflected personal interests in the arts, music, sports, fashion, animal care, and more, and in these, many answers reflect awareness of the challenge of many hard-to-break-into careers, listing several related alternatives: such as “fashion designer” plus several alternate paths; or “professional athlete” plus several alternate paths.

In open-ended questions, many respondents noted that they were still exploring options. Many respondents especially said that that they would like their schools to provide career information about a wide variety of career options in addition to the “big, well-known” jobs, expressing their desire to learn about less-well-known career paths.

As professionals providing career development education for youth, we often hope that youth will be interested in careers in newly emerging and growing industries and occupations, as well as in well-established career paths. We hope they can pursue careers that will meet community needs while providing personal satisfaction plus high pay, benefits, and career stability. We may worry when large numbers of students in our schools and communities express interest in the hard-to-break-in career pathways, with what feels like “too-many” aspiring singers, fashion designers, and professional athletes. We are concerned when what feels like “not-enough” students in our schools and communities are exploring computer programming, science, robotics, advanced manufacturing, and other STEM fields. While we know that student career interests will not precisely mirror labor market demand, we hope that students will take first career steps that will lead to a next-generation workforce that meets the needs of the local, regional and national economy and fulfills their personal and financial needs.

In the next question, they were asked to list up to four career areas that might interest them, and most, even many of those who answered “NO” or “NOT YET” were able to list some career interests. The chart below lists the most common answers.

The “big, well-known” jobs were among the most-often-mentioned, in the top-ten, including teacher, nurse, engineer, doctor, and police officer. Some hard-to-break-into jobs were prominent in the top 20 or top 30 jobs, including athletes, artists, musicians, and fashion designers. Video game design was one of the top 20 most-often-mentioned fields; with many others saying that they wanted to own or work in a game store; and a significant number who just said they wanted to be gamers. The word “video” or “game” appeared in these responses 237 times (excluding fish & game wardens). “Youtube” appeared 39 times. In contrast, looking at some of the career fields that we consider important, emerging fields: the word “robot” or “robotics” appeared only 10 times, the word “environment” appeared only 34 times, and the words “climate,” “sustainable,” “ecology,” “energy” or “renewable” appear 5 times in total.

The first chart below shows the 30 most-common answers, and then the second chart provides a spotlight on a handful of unique answers, showing that while many answers clustered in a few common fields, there were many others, such as these, that reflected unique interests.

These survey results are valuable as conversation openers. These results represent 7500+ student responses over ten years, primarily from the United States but also some responses from many other countries including Canada, UK, India and other countries. Some respondents found the survey while browsing online for career information, while others were assigned to take the survey as part of a career development class or workshop in their school. In both cases, these respondents tend to be at least somewhat engaged in career exploration, through their school or on their own. The set of responses would not include students who are not at all engaged in career exploration.

As career development professionals, what ideas and strategies can we glean from these results? What questions do these results raise?

In conversation about the many students interested in the field of video game design, Mary Walek, a career development educator, said that postsecondary study with a focus on video game design (one of the top 20 most-common choices) can be a viable first career step, despite worries that it is popular beyond its actual share of the job market. She says that many students “don’t yet see the depth and complexity of this industry,” but once immersed in the field, they will find that the same skills in computer programming, graphic design, animation and storyboarding that are needed in video game design are valuable transferable skills that can lead to a wide range of jobs in the computer programming and graphic design fields and beyond. She added that the same is true in many industries, and that first career steps inspired by an initial area of interest will uncover many more opportunities, as students discover the depth and complexity of the industries they are exploring.

Survey respondents wrote about the importance of “knowing yourself” as part of career exploration, but also about a desire to learn more about less-well-known career paths.

Some respondents wrote about the balance between understanding the labor market vs. following one’s passion:

* My school has career seminars where alumni come and talk about their careers.    [The school] should be more upfront about career data (path, salary, etc.) instead of going with the “follow your passion” mantra.
* The most helpful things my school is currently doing to help students learn about careers is having a project to research 5 careers that interest you, what their yearly salary is, and what colleges offer the best learning environment for that career.

In my work on the concept of the “Mosaic Economy,” I like to describe the economy as a mosaic, with many viable career paths. Similarly, I like to describe our personal career paths as “mosaic-economy career paths.” A successful career path evolves over time, shaped by both labor market opportunities and personal passions, and shaped by the way that “one thing often leads to another,” often leading to careers that most high school students have never heard of. In a Skills Library project called the “Career Directions” survey, about two-thirds of adult career professionals have said that they did not know when they were in high school that they would be in their current career. But many pointed to broad theme or interest that got them started, and to the skills and early career experiences that helped them along the way.

View all posts by skillspa → 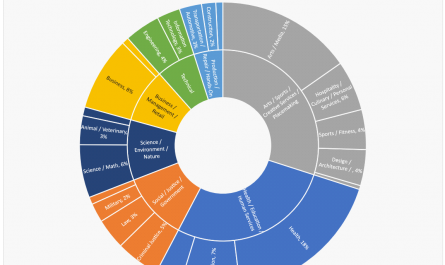 First Career Steps Survey: What Are Your Career Interests? 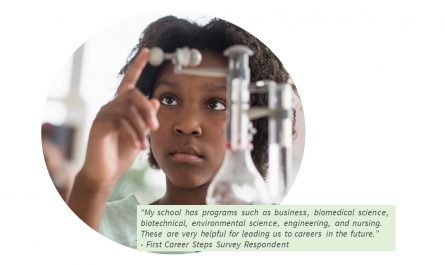 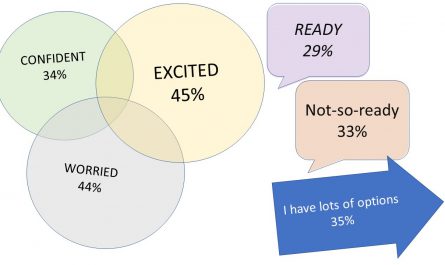